Trump Blasts Abortion: All Children ‘Made in the Holy Image of God’ 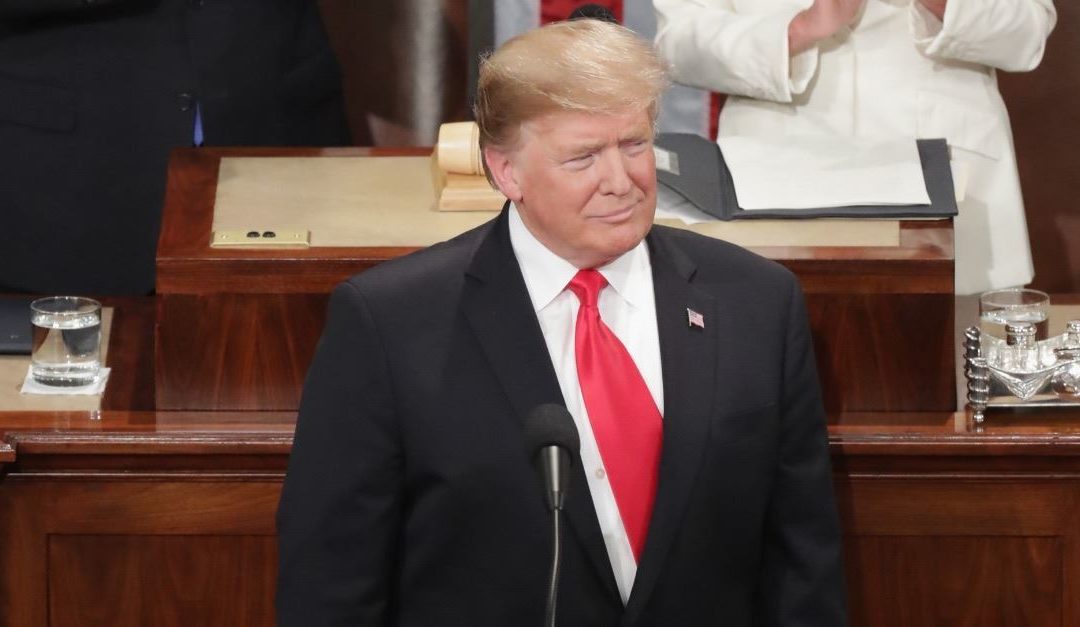 President Trump criticized supporters of late-term abortion and urged Congress to pass a fetal pain law Tuesday in what were some of the most candid comments about the issue ever given in a State of the Union address.

The remarks came immediately after both sides of the aisle applauded Trump for including in his budget “a plan for nationwide paid family leave,” which he said gave “every new parent” the chance “to bond with their newborn child.”

Trump then pivoted to abortion.

“There could be no greater contrast to the beautiful image of a mother holding her infant child than the chilling displays our nation saw in recent days,” Trump said. “Lawmakers in New York cheered with delight upon the passage of legislation that would allow a baby to be ripped from the mother’s womb moments before birth.

“These are living, feeling, beautiful babies who will never get the chance to share their love and dreams with the world. And then, we had the case of the governor of Virginia where he stated he would execute a baby after birth. To defend the dignity of every person, I am asking Congress to pass legislation to prohibit the late-term abortion of children who can feel pain in the mother’s womb.”

Pro-lifers in the chamber rose to their feet, while pro-choicers — including Speaker of the House Nancy Pelosi, a Democrat — remained seated.

“Let us work together to build a culture that cherishes innocent life. And let us reaffirm a fundamental truth: All children — born and unborn — are made in the holy image of God.”

“I commend President Trump for his powerful pro-life message last night which further supports his leadership in protecting the precious lives of unborn babies in America,” said Mat Staver, founder and chairman of Liberty Counsel, a religious liberty organization. “President Trump used his State of the Union address to highlight the gruesome agenda of murdering babies most recently displayed in New York and Virginia. I am deeply moved to hear him say that ‘all children — born and unborn — are made in the holy image of God,’”

“President Trump has not only been the most passionate president in talking about the humanity of the unborn, he has been the most persistent in protecting them,” Perkins said. “Sadly, it is very unlikely that members of the Democratic party will take up the president’s call to ‘work together to build a culture that cherishes innocent life.”

Polls typically show that Americans agree with Trump on third-trimester abortion. A Gallup survey from 2018 showed that only 13 percent of U.S. adults believe abortion should be generally legal during the last three months of a pregnancy.