Sanctuary Cities for the Preborn Sparks a National Movement 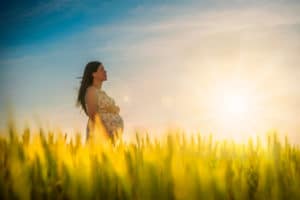 Sanctuary cities for the preborn are growing in numbers across the nation. The city ordinance comprises of a county or city passing a mandate of oratorical influence. The stance for life prevents voluntary abortion within a city’s limits to undermine Planned Parenthood and discourage abortion clinics opening within city ordinances.

Sixty million babies have been aborted since the 1973 ruling and growing by states greenlighting late-term pregnancies. New York legalized late-term abortions, creating contention and an outcry from people all over the political spectrum. The Empire State lauded the signed Reproductive Health Act by lighting up the One World Trade Center in pink as if celebrating a World Series. Colorado, New Hampshire, New Mexico, Oregon, Vermont, Virginia and Washington D.C. either proposed or already authorized genocide in their respective states.

“For decades pro-lifers have fought on the national level. But in recent years, pro-lifers have had considerable success in pro-life state legislatures, and the balance of the Supreme Court has potentially changed with the appointment of Justice Kavanaugh to Justice Kennedy’s seat,” reported Live Action News, a publishing division of Live Action.

Change is coming. Waskom, TX declared a “Sanctuary City for the Preborn” in the United States, the first in the country. Riverton, UT, Roswell, N.M. followed the lead of Waskom.

More needs to be done, however.

Republican consultant Constantin Querard explained in an interview with The Wanderer “These are basically resolutions, or written speeches, instead of laws.”

“So, they will not save lives in and of themselves, but they do demonstrate that there are communities that value life, and the more vocal the pro-life community is, the sooner we can eventually end this genocide.”

One organization perceives the trend differently. Sarah Quale President of Personhood Alliance Education agreed that cities can make a declaration, but “We are going to pick and choose our battles at the right time. We know we’re acting in alignment with biblical principles, but we want to be realistic too. The community needs to come together to build a culture of life, not death.”

The Personhood Alliance is made up of several parties of 23 independent pro-life organizations to preserve the sacredness of life and uphold the biblical worldviews in 21st-century politics, law and culture. Their far-reaching impact can be observed in Yadkin County, North Carolina. Yadkin became the nation’s first sanctuary county Aug. 19. They brought community officials, pastors, business leaders and residents together to fight the assault against human life. That step is part of a larger initiative called “Sanctuaries for Life.”

“We know abortion is a heart problem. We can’t just defy a tyrannical ruling by the Supreme Court. We need to engage communities of why abortion is happening. We have to address the root,” Quale replied. “We have to share Jesus to people who are broken and that is so important — to really develop that community. It’s like the early Christians going out into the streets again. This is what this is modeled after.”

Perseverance is coming from grassroots movements. People are realizing there must be a way to resist the government.

“We can’t continue to play political games in a system working against [us] and to deny life,” Quale quipped. “If you look at what’s happening in New York, Virginia and what almost happened in some of these other states– blue states, like the constitutional rights to abortions and passing legislation — that’s just egregious. I think what your seeing is all the preparation that the left is doing if Roe v. Wade is overturned. I think what’s happening on the conservative side of things is that we put so much at stake in Roe and Roe being the answer. People are waking up and realizing it’s been almost 50 years and we haven’t made much progress.”

The idea of Sanctuaries for Life is out-of-the-box and forward-thinking. Fighting from the local level influences the nation by taking one city and county at a time. Taking legislative action in communities is a fresh passageway to support the sanctity of life Maybe your city can join the burgeoning list.

Establish a “Sanctuary City for the Unborn” in your community and put a stamp on the map by protecting the unborn against partisan forces.