Operation Santa Delivers More Than Presents for Children This Christmas 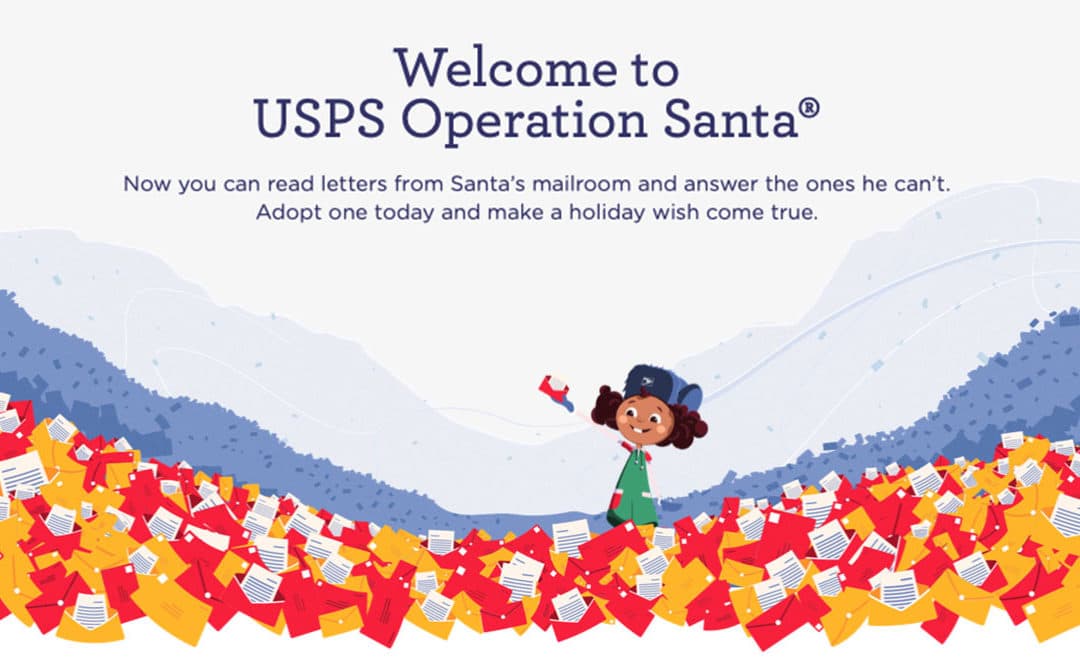 Ho-ho, ho! Merry Christmas! Most of us are buying, wrapping, sending off gift cards and drinking warm egg-nog for the holidays. Yet, many children will lack a pile of gifts under the tree this year. With an estimated 15.5 million impoverished kids in the U.S. — having Christmas gifts is a luxury.

USPS Operation Santa is putting back the ho-ho-ho and uniting kids with generous benefactors to complete their wish lists on behalf of Santa by adopting letters. Kids write letters with their requests to an address and USPS receives them. Santa’s official address: 123 Elf Road, North Pole, 88888.

Then donors adopt to fulfill these requests.

“If you send a letter to that address, it will go to a contractor in Utah who’s going to scan the letter from kids, then put it into our system after removing all personal information — all [of] that’s going to be removed and then we’ll put the letter online for you to check out,” Rod Spurgeon, a member of the United States Postal Service, tells FOX 10 Phoenix.

USPS started Operation Santa 100 years ago when Postmaster General Frank Hitchcock approved local postmasters to open up letters to Santa. Workers viewed and fulfilled the requests. During the 1940s the program reached a peak and companies started getting involved, providing gifts to families and children alike. Today, the program expanded to 15 cities nationwide including the following:

No child should be without a present. Even if it’s one gift, it can make a child and a parent’s Christmas. Families are struggling to make ends meet and discretionary income is limited for many. It’s up to the Body of Christ to come together to put a sparkle into their holiday. However, and more importantly, Christmas is not about gifts, it’s offering the gift of hope and sacrifice.

All of us received the ultimate present — the Lord Jesus Christ.

Proverbs 3:27: “Withhold not good from them to whom it is due when it is in the power of thine hand to do [it].”