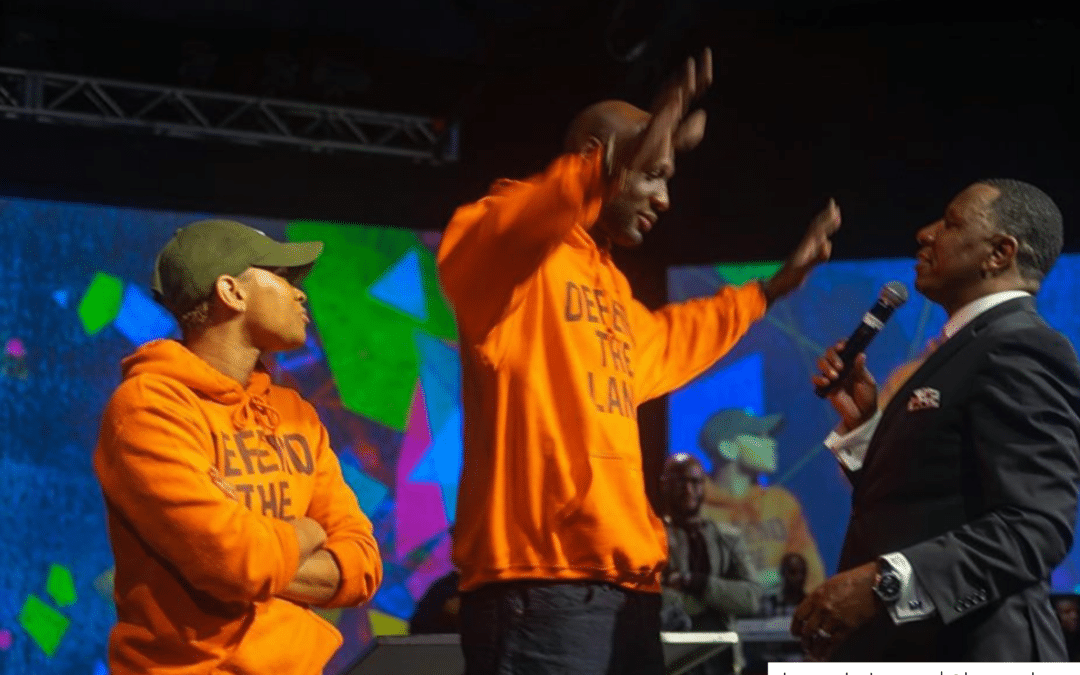 Former NBA star and power forward Lamar Odom accepted Jesus Christ as his Lord. “Nowadays I’m doing the best I can in walking with the Lord,” Instagram post on Oct. 29. “Thanks to Pastor Vernon @dravernon, I got saved at @thewordchurch this weekend (weekend of October 26). I had to show Jesus my appreciation for keeping me alive!”

Nowadays I’m doing the best I can in walking with the Lord. Thanks to Pastor Vernon @drravernon , I got saved at @thewordchurch this weekend. I had to show Jesus my appreciation for keeping me alive!

Girlfriend Sabrina Parr stood in support as he accepted Christ during church service in Atlanta. “Nothing better than a man of God!” she said. “Keep pushing through life baby!! God willing I’ll be right here by your side!!!!,” she posted on Instagram.

Odom struggled with cocaine dependence and almost died in October 2015 when his heart stopped. The former Los Angeles Laker was found unconscious in a Nevada brothel and needed to be revived numerous times en route to a hospital in Las Vegas. He suffered heart attacks, seizures, including 12 strokes, the Los Angeles Times reported on May 1. His life spiraled out of control since retiring from the NBA in 2013.

“My doctors say I’m a walking miracle; they’re amazed that I’m here,” Odom, 39, said in an interview with the LA Times. “I always knew I had a strong will. I think my will is even stronger than I believed it was. It’s a testament that God is good. When I woke up and I couldn’t talk or walk I never thought I would be here. I never thought I would play basketball again or talk to you. Just to be here is a win for me.”

Odom’s career spanned 14 seasons, including stints with the Los Angeles Clippers, Miami Heat and Dallas Mavericks. He won two consecutive championships with the Lakers in 2009 and 2010.

Odom is focusing on God, working out and recently received critical acclaim for the memoir Darkness to Light, a New York Times best-seller. The exclusive memoir revealed more about his childhood, the loss of his mother, and the struggle with “his demons along the way to self-discovery and redemption.”

John 3:16-17: “For God so loved the world that he gave his one and only Son, that whoever believes in him shall not perish but have eternal life. For God did not send his Son into the world to condemn the world, but to save the world through him.”