Drag Queen Story Hour Coming to a Library Near You 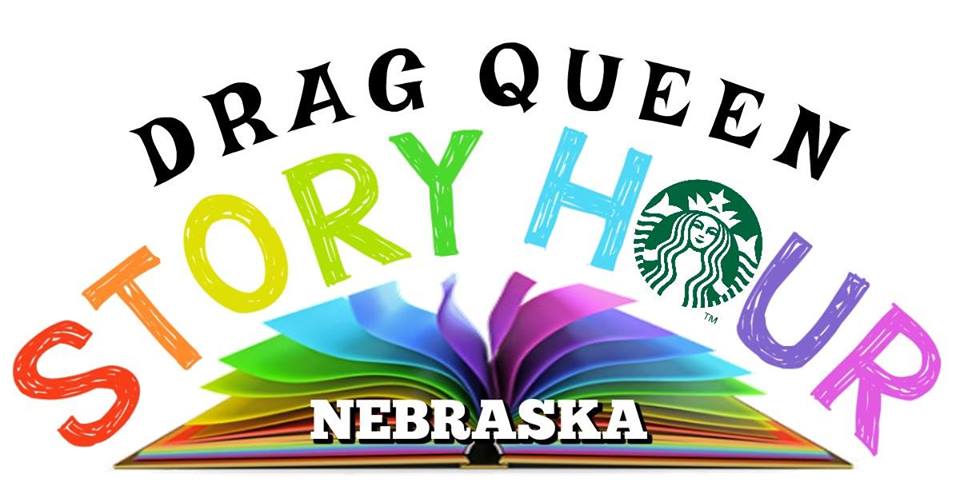 Drag Queen Story Hour (DQSH) are influencing culture in America and see themselves as role models for children as young as preschool in public libraries. The American Library Association partnering with DQSH does not teach kids about reading, rather its promoting LGBTQ activism. Some programs are sponsored by corporations. DQSH recently partnered with Starbucks at their new store at 7020 St, Lincoln, NE for dates in September, October and December. Starbucks didn’t respond to Blessings Through Action for comment.

Drag Queen Story Hour was launched by Michelle Tea and RADAR Productions in San Francisco to bring Drag Queens together for a playful hour of celebration and entertainment. According to the Drag Queen Story Hour’s website, “Drag Queens read stories to children in libraries, schools and bookstores. DQSH captures the imagination and play of the gender fluidity of childhood and gives kids glamorous, positive and unabashedly queer role models.”

Communities are in the crosshairs of the LGBTQ agenda. They are teaching kids that their lifestyle is more beneficial than heterosexuality — it’s being pushed more aggressively.

“Christians must recognize that the gender revolution, like any Progressive social movement, reaches out to remove children from the influence of the Word of God and replace biblical truth with moral relativism,” wrote Sarah Quale, President of Personhood Alliance Education and the author of the Foundations online pro-life curriculum. 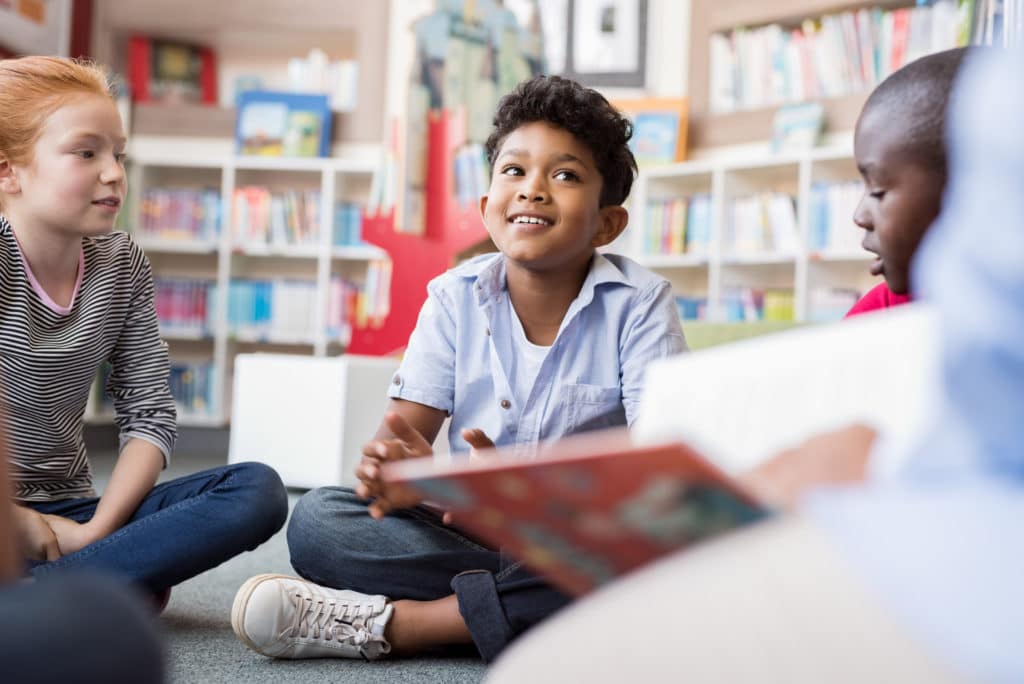 A clearer picture is the American Library Association’s yearly conference. They offer the following as workshops: ”Creating Queer-Inclusive Elementary School Library Programming” and “Telling Stories, Expanding Boundaries: Drag Queen Storytimes in Libraries.” Public libraries are targeting children, not educating them by exposing them to this deceit.

Drag Queen Dylan Pontiff (Santana Pilar Andrews) made the admission that the organization (DQSH) is grooming the next generation. “I can go in and entertain adults in a club and also entertain a group of students and young children. I’m able to do that because I’m an adult and able to filter myself.”

Houston MassResistance did an investigation, finding a performer at Freed-Montrose Library in Houston, Texas was associated with pornography.

“The exposé makes crystal clear the real interests of these drag queens. They don’t really care about ‘promoting literacy’ in Houston. Rather, they are obsessed with homosexual sex, involving the most degraded and dangerous behaviors,” Houston MassResistance summarized in its findings.

Not all parents are averse to DQSH in their communities. The seats at (Tidewater Community College) Joint-Use Library in Virginia Beach, Va. filled immediately where tots to second graders were read stories. Katie Cerqua, manager of the library’s youth and family services explained to WAVY-TV, an NBC affiliate: “Libraries from our very beginning were there to make sure people had access to information and knowledge and resources to better their lives. This just fits right in with what libraries do as a whole.” 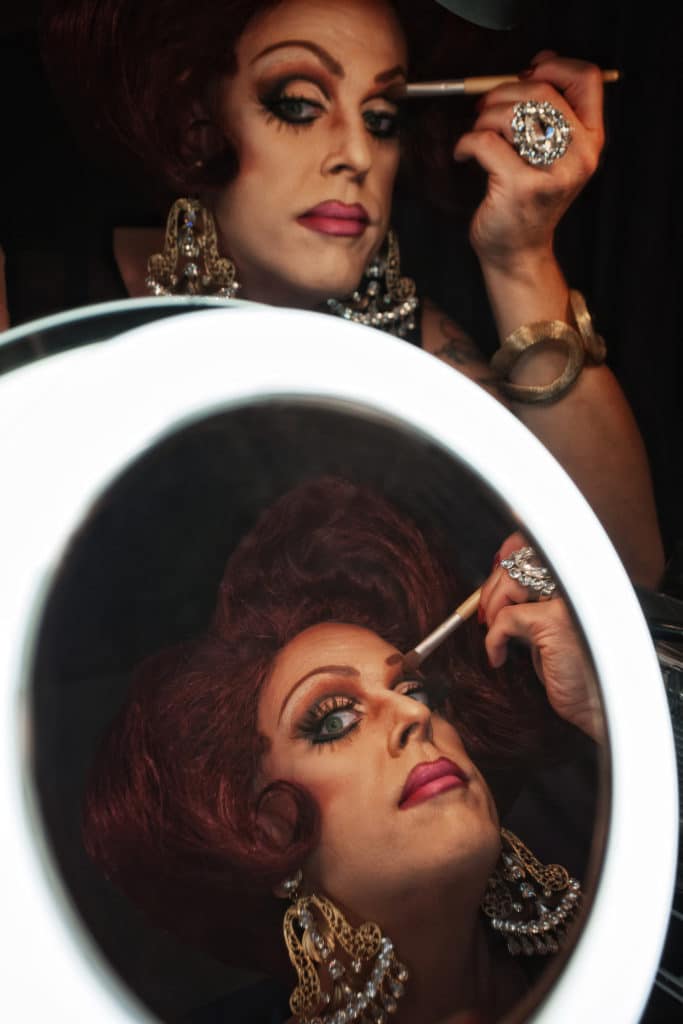 She felt God leading her to protest the program. Then she wrote an article in the local newspaper called ‘It’s time take off the drag.’ It went viral and others accompanied her efforts.

“A Drag Queen is no different than a racist donning blackface. They mock women and debase our womanhood and femininity. The event is a sexist minstrel show teaching our sons that women are just sexual objects and it is teaching our daughters that they must be overly sexualized to be desired.”

The opposition countered with their own group, 500 Drag Queens Strong. They spread rumors 500 Mom Strong was going to protest in force, armed to attack them Bohach explained. That day, snippers and “over 30 police officers showed up at the demonstration.”

Bohach found support in unexpected places. Many lesbian feminists believe DQSH is inappropriate for kids while mocking women. “They see these predatory men coming after children and teaching young boys that women are targets. It’s exposing children to a deviant sexual fetish — no question about it. We’ve created this coalition of people from all walks of life and all religious backgrounds. It’s become a nation-wide movement.” Protests against DQSH have ignited from Washington to California, Oklahoma, Canada and reached Australia under 500 Mom Strong. “They’re afraid of our message because it’s true.”

DQSHs are occurring all over the nation — coming to a city near you. Libraries are using education as a guise for indoctrination, reflecting where we’re going in society. Sign up for newsletters and mailing lists to keep tabs on what these organizations are doing like DQSH, Planned Parenthood and local libraries. Doing so keeps you informed. Most times they won’t advertise events in the community, just solely on their respective websites.

Bohach added, “If you go out and poke the devil, he gets really mad.”