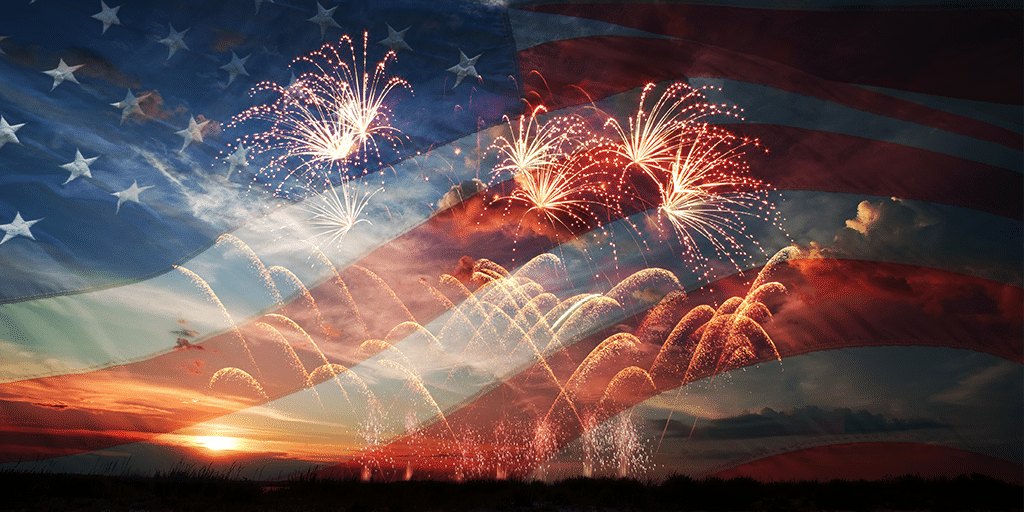 July 4th marks the birthday of the United States. Many commemorate the occasion with fireworks, cookouts, or displaying an American flag. But are there any biblical reasons Christians can find to celebrate Independence Day? Scripture offers at least four clear reasons.

1. Gratitude for Religious FreedomFirst, America offers significant religious freedom for Christians (and others) to freely worship. The United States continues to operate as one of the nations offering the most religious freedom worldwide.

Did you know that more than one-fourth of the nations in the world (53) include some form of legal restrictions or prohibition toward Christian activities? In many places across the globe, you can lose your job, be arrested, or even find yourself sentenced to death for following Christ. Yet in our nation, we can attend the church of our choice, openly read the Bible on our own or with others, and openly pray to God.

Despite ongoing legal challenges to certain Christian activities in America, the nation still enjoys great religious freedom. This is certainly something to celebrate.

2. Appreciation for Those Who Defend Our Freedom

Second, Christians can thank God for those who serve and have given their lives to defend our freedom. This includes past military veterans, current military personnel, as well as honoring their family members.

We often forget our freedom of religion and other freedoms can only continue if our armed forces protect our nation and national interests. While this does not mean we have to agree with every military decision or conflict, we can be thankful for all those who serve and their families.

3. Thanksgiving for the Opportunity to Participate in Government

Third, we can thank God for the opportunity to participate in the democratic process of our nation. While politics is often viewed negatively, governing leaders are ordained by God (Romans 13) and are to receive honor from those who follow Christ.

Further, our nation offers the ability to participate through voting, advocating for issues important to our values, and even options to run for political office. Contrast this situation with the tyrannical Emperor Nero who led the Roman Empire during the New Testament period and you’ll quickly appreciate the opportunity to have a voice within the political process.

4. Thankfulness for Peace with Family, Neighbors, and Friends

Fourth, we can express appreciation for a nation at peace. If you lived in Syria today, your home and community would live under the threat of civil war. In many parts of Sudan, you would live in fear of your town being attack by rebels. If you were a Christian living in Iraq, you may be forced to flee for your safety.

Despite significant violence within the United States, the nation remains free of war within its own borders. Most of us take this peace for granted, yet millions worldwide long for a single night of rest without fear of attack in their communities.

We can at least take a moment to thank God for the peace He has provided for our family, our community, and nation. As Jeremiah 29:7 teaches, we can seek the good of the city where we live and work to impact those around us with the love of Christ