by Blessings Through Action | May 7, 2019 | Christian National News | 0 comments 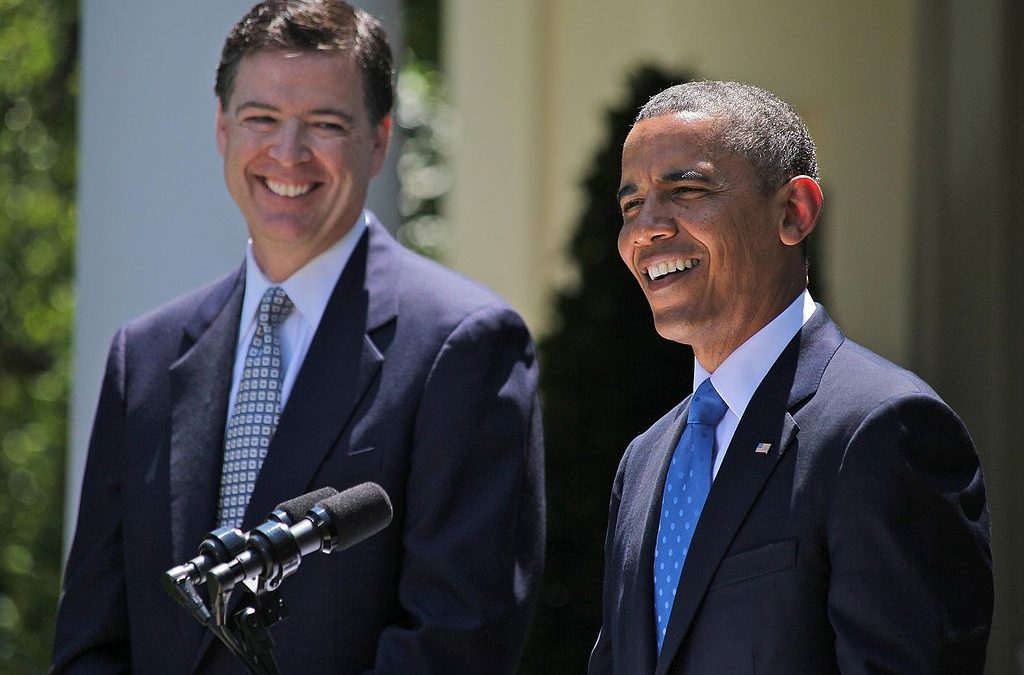 Following months of angry claims by journalists and Democratic operatives that the Obama administration never spied on Donald Trump’s 2016 presidential campaign, The New York Times admitted Thursday that multiple overseas intelligence assets were deployed against associates of the Republican nominee. It is not the first time the Times has revealed widespread spying operations against the campaign.

In addition to noting that long-time informant Stefan Halper was tasked with collecting intelligence on the Trump campaign, the Times story details how a woman was sent overseas under a fake name and occupation to oversee the spy operation. The woman’s real name is not mentioned in the article, though the Times says she went by “Azra Turk” and has a relationship with an unidentified federal intelligence agency.

Halper was handpicked by a seasoned FBI counterintelligence agent out of the New York office, according to the article. While the Times does not identify the agent by name, the paper says the FBI agent spoke at a conference organized by Halper about a 2010 case involving Russians posing as Americans. The public schedule for a 2011 conference hosted by Halper about the exact same case shows that three FBI counterintelligence agents were invited to speak on the topic.

The three agents publicly identified as speaking at that conference on the topic are George J. Ennis, Jr., Alan E. Kohler, Jr., and Stephen M. Somma. Ennis currently serves as the special agent in charge in the FBI’s New York office, according to his LinkedIn profile, and worked closely with Preet Bharara, former U.S. attorney for the Southern District of New York, a virulent anti-Trump activist whom the president fired in 2017.

The public schedule for a 2014 conference led by Halper shows that Kohler also spoke to the same group about the same Russian case on May 9, 2014.

“Alan Kohler the FBI representative at the United States Embassy in London will talk about the challenges of modern counter espionage: including the case of Anna Chapman and other Russian illegals,” the schedule noted.

A representative for the FBI’s office in Norfolk, where Kohler worked as of March 2017, said he is no longer with that office. The representative, who refused to provide her name, did not say when or why Kohler left that office or whether he was still employed by the FBI. The FBI’s New York office did not respond to queries about the current employment status of Kohler, Ennis, or Somma.

Real estate records show Kohler relocated to the Washington, D.C. area from Norfolk in July of 2017, shortly after special counsel Robert Mueller was appointed to investigate alleged connections between the Trump campaign and the Russian government. When asked whether Kohler had been transferred to the FBI’s Washington field office, an FBI representative for that office directed the questions to the FBI headquarters in D.C. The FBI refused to comment when asked whether Kohler had been detailed to work on Mueller’s investigation of Trump or whether he was the agent responsible for deploying Halper against the Trump campaign in 2016.

“Turk,” the U.S. intelligence operative who claimed to work as Halper’s assistant, had previously been identified to George Papadopoulos, whom she targeted, as a spy who rather blatantly tried to plumb him for information about Russia and other topics. After the Times published its article on “Turk,” Papadopolous wrote on Twitter that she “clearly was not FBI” and instead “was CIA and affiliated with Turkish intel.”

“She could hardly speak English and was tasked to meet me about my work in the energy sector offshore Israel/Cyprus which Turkey was competing with,” Papadopoulos wrote.

The NYT also admits in its article that the aggressive and unprecedented action of deploying spies and luring American targets overseas to collect intelligence on a rival political campaign “yielded no fruitful information.” It is not clear whether information collected by Halper and “Turk” was used to justify formal spy warrants against any U.S. citizens.

Why Leak This News Now?

The New York Times has repeatedly been used by FBI officials who ran the anti-Trump spy operation to launder damaging information that reflects poorly on the agency. Nearly a year ago, the Times confirmed that the U.S. intelligence apparatus was used to spy on Trump’s presidential campaign in 2016.

While that article included explosive revelations, it downplayed their significance and later curiously denied that any spying had ever occurred:

In that case, the ostensible purpose of the leak was to get ahead of what congressional investigators had figured out: the Obama administration targeted the Trump campaign with secret informants.

The leak that fueled the Thursday NYT bombshell was likely placed in anticipation of the formal release of even more damaging information about how U.S. intelligence and law enforcement agencies potentially abused their authority to punish the government’s political enemies. The article specifically references the forthcoming release of an extensive inspector general review of potential improprieties at the Department of Justice (DOJ).

By leaking the information to the friendliest of friendly reporters, including Michael Schmidt at the Times, the individuals who ran the anti-Trump operation are likely hoping to spin the news in their favor.

This Explains the Anti-Barr Freakout

So long as anti-Trump operatives controlled the FBI and DOJ, this type of leaking and concealing of information worked well. Most major media outlets have chosen to ignore the spying scandal in favor of non-stop anti-Trump advocacy. That left actual fact-finding and truth-seeking to a small group of media outlets and a handful of elected lawmakers tasked with oversight of the nation’s spy agencies.

When William Barr took over as attorney general, it was the first time in years the agency had any real political accountability. Trump’s first attorney general recused himself from overseeing anything related to the 2016 campaign, and his deputy who took over is alleged to have been involved in a conspiracy to oust the president.

While Barr was adamant that Mueller’s special counsel probe be unimpeded and his report fully published, he scared the anti-Trump forces in and out of government when he said spying on opposing political campaigns is inappropriate. His public vow to examine whether the widespread spying operation against Trump and his affiliates was lawful and appropriate sent shockwaves through an organized anti-Trump political operation that had completely controlled the narrative until recently.

Sean Davis contributed to this report.